Here you will find a collection of articles about our community. If you know of an article about the Twerski community, please let the Webmaster know and he’ll investigate getting it published on this page. Enjoy!

Working Magic in Wisconsin – Rabbi Michel Twerski Milwaukee’s Dynamic Twerski Family Tucked away in a quiet city in the American Midwest, Rabbi Michel and Rebbetzin Feige Twerski have somehow managed to become major players on the international Jewish stage. What is the secret of their far-ranging influence?

A toast to Sherman Park

I live in a village. My children and grandchildren live in this village. I’m deeply immersed in the life of this village. I know the daily habits, the joys and sorrows, of dozens and dozens of people in the village: Our lives are intertwined..

Twerski was patriarch of family at forefront of key Jewish issues

Family patriarch, religious scholar, accountant, jokester with a twinkle in his eye — Rabbi Mordecai Dov Ber (Mottel) Twerski was the behind-the-scenes pillar of a family that has been at the forefront of many of the central issues in American Orthodox Judaism.

‘Eruv’ an invisible wall of freedom

Congregation Beth Jehudah last week completed a west side neighborhood wiring
project that will allow its Orthodox members greater freedom of movement among
their homes and the synagogue on Shabbos, the Jewish Sabbath.

Threads Of Identity For some who dress in dramatically different ways, what’s outside expresses what’s within.  He has been chased by ruffians wielding knives and stones.

The house numbered 2720 North 54th Street is a very modest white bungalow. You would never dream that royalty lives in it. But to those persons who practice Orthodox Judaism in Milwaukee, the occupants, Rabbi and Mrs. Jacob I. Twerski qualify as royalty.

The Promising Land: In Milwaukee, rich Orthodox life grows from a nucleus of one shul

Rabbi Michel Twerski, the soft-spoken scion of a Hasidic rabbinic dynasty, began 1988 as the victim of his own success. His quarter century teaching traditional Judaism to liberal Jews had resulted in approximately 100 local families becoming ba’alei teshuva, or newly observant.

A Mission in Milwaukee: How the Twerski family build a Kehillah

Milwaukee, located on the shores of Lake Michigan, is the largest city in the state of Wisconsin. It has gained a reputation in Jewish America as a growing kehillah, under the vibrant leadership of Rabbi Michel Twerski and his wife, Rebbetzin Feige Twerski. Rabbi and Rebbetzin Twerski have not only led Congregation Beth Jehudah faithfully since 1963, they have spearheaded the development of Milwaukee into a well developed, full fledged, Torah community with their sincerity, devotion to Yiddishkeit, and deep, authentic ahavas Yisrael.

Purim of my youth was comprised of three major events: There was shaking my gragger as loud as possible when my father said the name of Haman during his exquisite rendition of the Megillah. 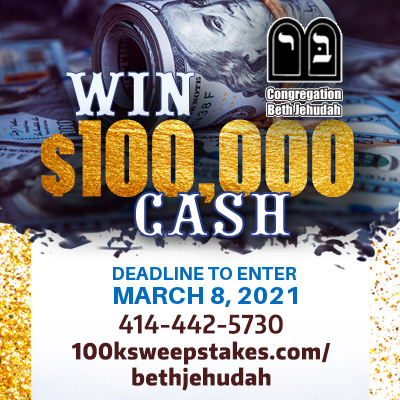